As I was growing I really didn’t understand who my mother was. It was a different time in the 1950s. Racism and sexism were practiced unapologetically. Rebellion and resistance were not part of the American Psyche. Patriotism and conformance to the law was the mode of the day, even when that law was unjustly applied. My mother was not having any of that; she confronted and challenged the authorities and the police whenever she felt an injustice was being imposed upon her, which for the time was extremely unusual. She was often branded as a troublemaker.

In my family, the older members; my grandparents and great aunts and uncles, who regularly carried guns and often had altercations with the police, thought my mother was strange. They thought she brought unnecessary attention to herself because she fought other people’s battles. They didn’t understand and neither did I at the time, that my mother’s actions were dictated by her principles.

In my adolescence, I actually bought into the belief she was a trouble-maker. My perceptions were based on the fact she got black-balled and fired from jobs for speaking up whenever she saw unfairness and injustice around her. Sometimes it wasn’t even for herself, but for other people. I recall her saying to me that “She would not suffer either prejudicial behavior or injustice in her presence without protest.” I later grew to understand that her actions were based on her belief that justice was so important that it must be fought for whenever it was encroached upon. She would tell me that the flower of the human spirit had difficulty blossoming without the natural nourishment of justice and dignity. Sometimes when we left the house, she would point out that the quality of justice one wants in their life begins at their own doorstep, meaning whatever they are willing to fight for or what they are willing to ignore.

Frankly, my mother was one of the most daring people I knew. She spouted ideas and concepts that didn’t become popular until twenty years later. For example, she called herself a Black person in 1950 when everyone else used the term “Colored” and thought that ‘Black’ was a derisive and negative term. My mother would wear her hair natural and wear African dress, which embarrassed me and always elicited snide remarks from other “People of Color.” She would take me aside and warn me about the insidious qualities of racism and prejudice. She would discuss with me the stereotypical depictions of Black people as well as Africa in the news and the movies, then tell me to always fight against the prison of ignorance.

So, in this time of racial divisiveness and the rise of demagogues, with a President who is willing to start a war to divert attention away from his misconduct; with his biased and impulsive, presidential tweets ricocheting across the social media ether, we must remember all those who gave their sweat and blood to make this country stay true to the tenets of its Constitution. This is a fight that cannot be ignored; there is work to be done and many battles still to be won. So, roll up your sleeves and don’t be a prisoner of ignorance. Justice ends or begins at your doorstep.

As a postscript, this year is the fiftieth anniversary of the publishing of “I Know Why the Caged Bird Sings.” This book which addressed the human heart from the perspective of the Black Experience has never been out of print in its five decades of existence and has been translated into numerous languages around the globe. Yet, this amazing book along with her other fantastic literary endeavors are only one element of the phenomenal legacy of her life. Dr. Angelou can still inspire us and touch our hearts with the story of her life. 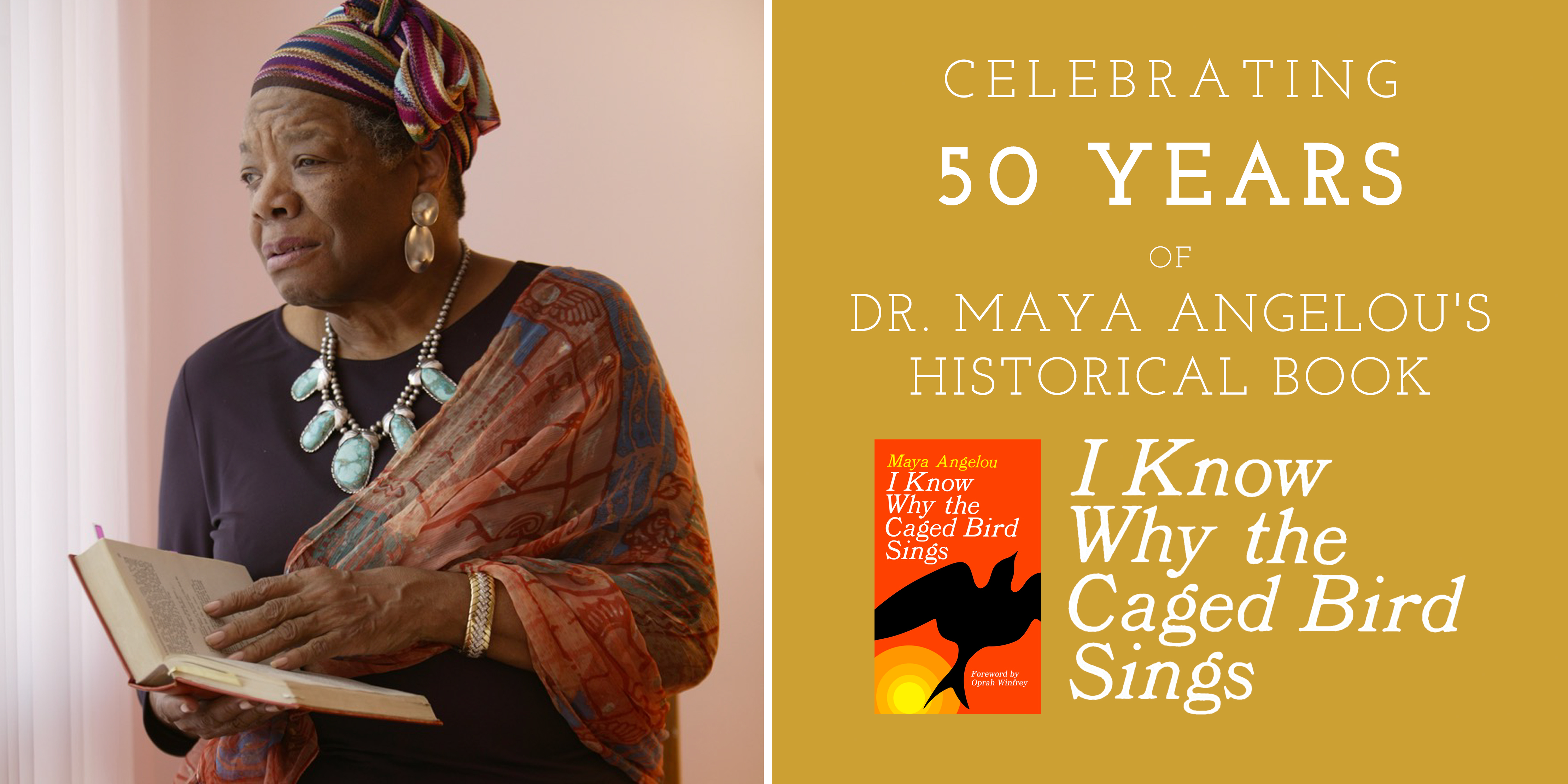 The following statement is by Random House
We are honored to be celebrating the 50th anniversary of I KNOW WHY THE CAGED BIRD SINGS, Maya Angelou‘s instant bestseller that continues to be a remarkable testimony to the power of every individual’s voice, and the resilience of the human spirit. We hope you join us in celebrating this anniversary, by re-reading or picking up this classic for the first time. #cagedbird50

Listen to Dr. Angelou read an excerpt from “I Know Why The Caged Bird Sings”. 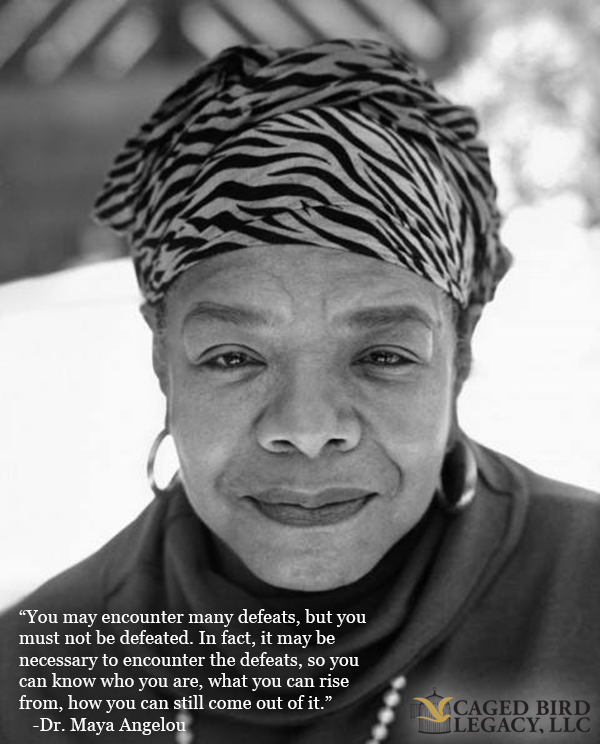 Earlier this school year the Dr. Maya Angelou Essay Contest was introduced with the sponsorship of Mr. Guy Johnson and in partnership with the Oakland Unified School District(OUSD). Not only will the participating High School seniors have an opportunity to place and receive cash prizes up to $5,000, but the students with the top essays will become young published authors! They will be published in an anthology and celebrated at an upcoming book launch at a local bookstore. The Award Ceremony is open to the public. This event includes celebrity guest speakers, exceptional local talent and advocates for education. Please attend the Award Ceremony on Friday, March 6th at 6 p.m.

Watch Mr. Johnson share more on the contest, the support of Marsha Rhynes, and express the message behind this year’s contest theme “We Must Not Be Defeated”.

Participating 2020 Graduates at the OUSD public schools were chosen for this contest because of Dr. Angelou’s deep roots in Oakland and the Bay area. Maya Angelou moved to Oakland in 1940 to live with her mother, brother, and grandmother. Mr. Johnson and his wife still reside in the historic Bay area and they continue to do the work of Dr. Angelou with the Caged Bird Legacy, LLC.

Participating seniors were given this essay writing prompt:
Write a reflective and scholarly personal narrative sharing how you as a young person have felt marginalized, disenfranchised, or stereotyped by prejudice, racism, sexism, and injustice in your community. What is the collective victory for our community when young people overcome these challenges and become stronger by refusing to be defined by difficulties?

The Dr. Maya Angelou Foundation celebrates the life and honors the legacy of Dr. Angelou. As we continue to celebrate her love for humanity, may we reflect on and embody her message of love, peace, generosity, gratitude, equality and justice for all.
The Foundation fulfills its mission by awarding deserving students scholarships to attend historically black colleges and universities (HBCUs). Dr. Angelou strongly believed in the importance of HBCUs as a significant driver in building a strong and vibrant middle class in America. We remain honored to serve as a conduit to ensure that all students have access to institutions of academic excellence.
This year, the Foundation is proud to announce our 2020 scholarship recipient institutions:
Interdenominational Theological Center (ITC)
J.F. Drake State Technical College
Jackson State University
Jarvis Christian College
Johnson C. Smith University
Kentucky State University
Knoxville College
We invite you to learn more about our impact and opportunities to support our work.

After premiering at the Sundance Film Festival in 2016, “Maya Angelou: And Still I Rise” has garnered much attention and respect. The film won a Peabody Award in 2017 among many others and continues to be internationally celebrated and screened. International Women’s Month is a perfect time to experience “Maya Angelou: And Still I Rise”. To view the film, arrange for a screening or a Q&A with the Directors, please visit the film site below.

The statue of my mother is proposed to be located outside San Francisco’s Main Library. My mother and I were regular visitors to this institution as I was growing up because it was only six blocks from my grandmother’s house. My mother was a voracious reader, devouring two to three books a week, which she continued to do until she was in her eighties when her eyesight failed. 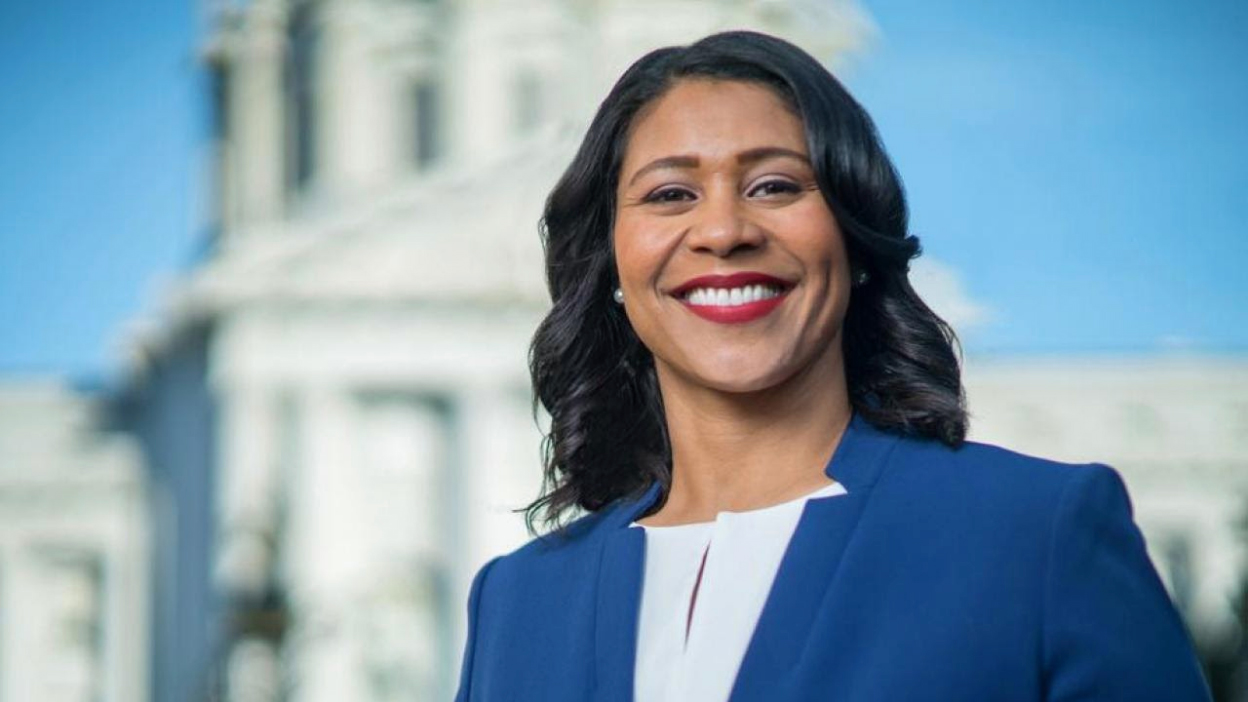 Unfortunately, the statue process has run into a few snags and is now once again in the preparation of the “Request for Proposal” process. We expect to go out for the artist selection effort this Spring. There are still some budgetary issues to be resolved, but the new Mayor, London Breed, is committed to going forward with the project. This will be the first monument in San Francisco of a Black Person and the first statue of a woman.

The Most Searched:
A Celebration of Black History Makers by Google

In February we celebrated Black History Month with Google as Dr. Angelou was highlighted as #TheMostSearched female poet. Our world continues to find new ways to honor the legacy of Maya Angelou and so many others who have contributed greatly to our society. We encourage you to learn more, share and enjoy the full collection of moments and individuals that Google has presented in their film.

The following statement is brought to us by Google
To find them, we used U.S.-based Google Trends Data to identify Black American achievements that were searched more than any others between January 1, 2004 – when U.S. Search Data first became available – and July 1, 2019. Here’s to the history makers and all those they continue to inspire.

Dr. Maya Angelou left us with so much. Many have been impacted and inspired to create new works, products and productions in the name of our Matriarch and we welcome the creativity and collaboration. If you decide you would like to get involved we hope you pursue that desire. CMG Worldwide is in its fourth decade of intellectual property management and can help you navigate through licensing the work of Dr. Angelou. Please get connected by reaching out to CMG Worldwide and we look forward to your ideas being fully realized and shared with our human family.

“Try to live your life in a way that you will not regret years of useless virtue and inertia and timidity. Take up the battle, take it up! It’s yours, this is your life. This is your world.”  – Maya Angelou