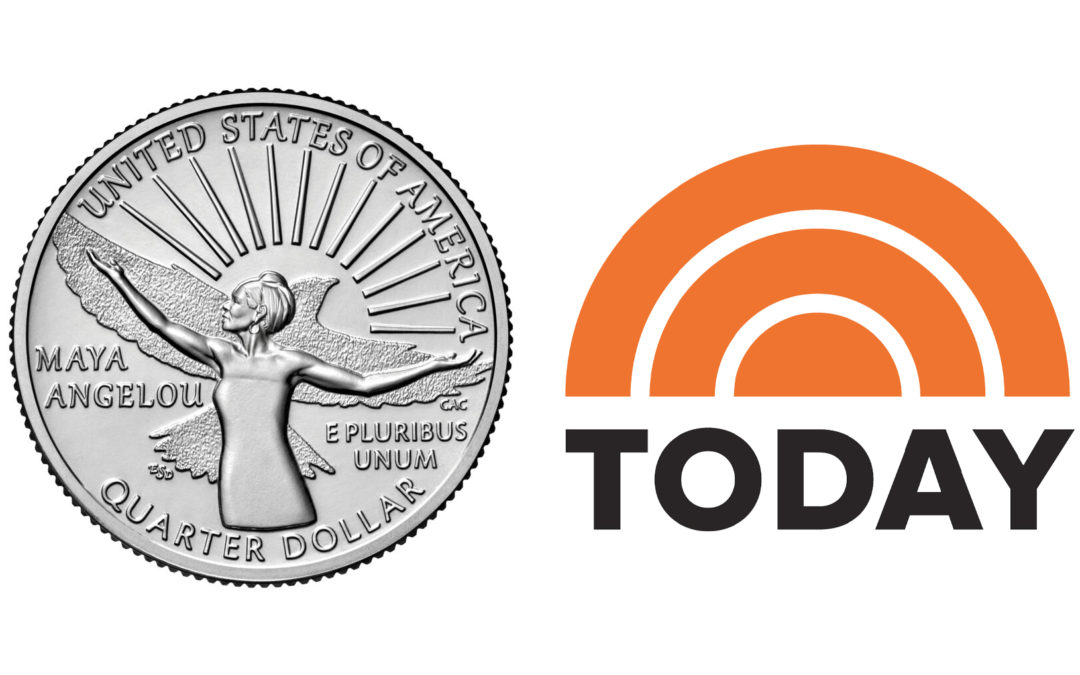 The legendary author and poet, who died in 2014, is the first featured in a series of new quarters issued by the U.S. Mint.

Angelou, an American author, poet and civil rights activist, rose to prominence with the publication of “I Know Why the Caged Bird Sings” in 1969. Angelou, who died in 2014 at the age of 86, was honored with the Presidential Medal of Freedom in 2010 by President Barack Obama.

The quarter design depicts Angelou with outstretched arms. Behind her are a bird in flight and a rising sun, images inspired by her poetry. 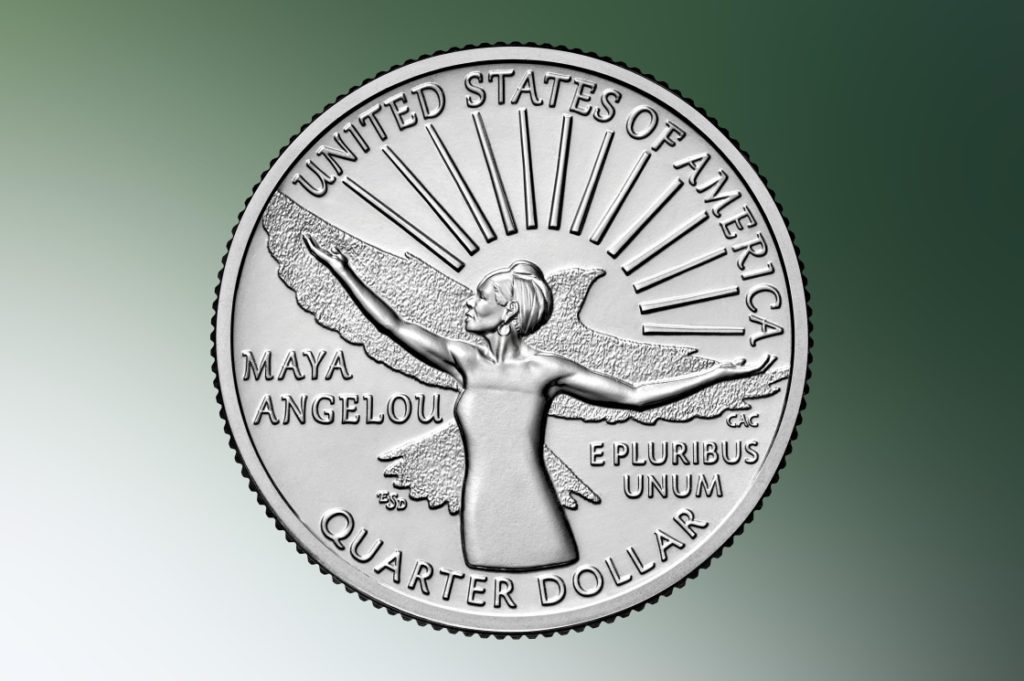 The mint’s program will issue 20 quarters over the next four years honoring women and their achievements in shaping the nation’s history.

Additional honorees in 2022 will be physicist and first woman astronaut Sally Ride, and Wilma Mankiller, the first female principal chief of the Cherokee Nation. Also honored this year will be Nina Otero-Warren, a leader in New Mexico’s suffrage movement and the first female superintendent of Santa Fe public schools, and Anna May Wong, the first Chinese American film star in Hollywood.

Sen. Catherine Cortez Masto, D-Nevada, the Senate sponsor of legislation directing the mint to issue the quarters honoring women, applauded the mint’s selection of Angelou for the first coin.

“This coin will ensure generations of Americans learn about Maya Angelou’s books and poetry that spoke to the lived experience of Black women,” she said in a statement.

Treasury Secretary Janet Yellen, the nation’s first female treasury secretary, said, “Each time we redesign our currency, we have the chance to say something about our country …. I’m very proud that these coins celebrate the contributions of some of America’s most remarkable women, including Maya Angelou.”

The United States Mint is offering a free coin board with slots to store the quarters for this year’s honorees. Information on the honorees is included on the back. Collectors can request a coin board by emailing Education.Outreach@usmint.treas.gov.

The Biden administration announced soon after taking office a year ago that it planned to replace Andrew Jackson’s portrait on the $20 bill with abolitionist Harriet Tubman, a leader in the Underground Railroad. However, since that announcement the administration has provided no further details on its plans.